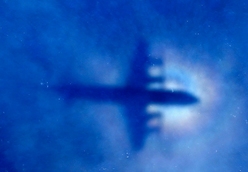 The International Air Transport Association has confirmed measures will be introduced to ensure aircraft can be properly tracked in real time as they fly to world destinations.

The airline body has come up with the new options following the loss of Malaysian Airlines flight MH370.

A draft from a special panel will be sent to the UN's International Civil Aviation Organization in September.

The draft will include the consensus report from IATA members on the near-term priority to track airline flights.

To ensure broader adoption of airline flight tracking, the panel will now work on performance-based recommendations that will call for the production of equipment for tracking commercial aircraft.

Factors such as performance, security and cost will be part of the discussion, which IATA says is likely to be complete by later this year.