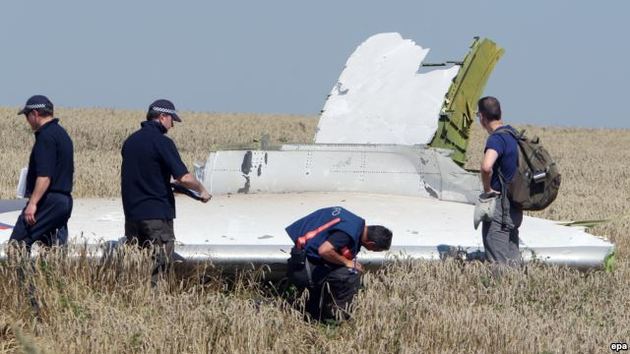 A British NGO has published a summary report claiming that a Russian Buk surface-to-air missile system shot down a Malaysian Airlines passenger jet on July 17, 2014 over eastern Ukraine, killing all 298 people aboard.

Bellingcat, which analyzes information available on the Internet, said on October 8 that the Buk antiaircraft system involved in the incident can be traced from the Russian city of Kursk in June 2014 to a field outside the Ukrainian town of Torez in Donetsk Oblast on the day of the MH17 disaster.

The next day, the same Buk launcher -- with only three missiles instead of the normal compliment of four -- was documented to be near the Russian border in Luhansk Oblast, the report says.

The Bellingcat report also contradicts four claims made by the Russian Defense Ministry at a press conference on July 21, 2014, at which Russian officials claimed flight MH17 may have been shot down by a Ukrainian military jet or by a Buk system controlled by the Ukrainian military.

The official report on the MH17 disaster by an international Joint Investigation Team, with which Bellingcat cooperates, will be issued on October 13.