Activities of the Gate of the Sun Festival kick'off in Tartous 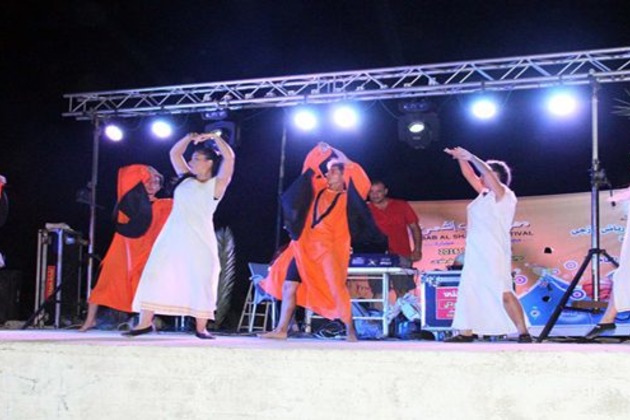 The Festival is organized by Acuity Company incoordination with the Ministry of Tourism andTartous Sports Union and lasts till August 19th.

Chairwoman of the Coastal Region Chamber ofTourism Sonia Razzouk said that holding touristfestivals will activate the tourist movement,emphasizing the importance of such festivals inmarketing Syria's tourist potentials despite all

the terrorist's attempts to destroy them.

For his part, Director of Tartous TouristDirectorate Yazan al-Sheikh said that the Festivalaims at conveying a peace message from Syria tothe whole world, adding that Syria will alwaysremain the cradle of civilizations, the center ofbeauty and the gate of the sun.

Executive Director of Acuity Company Hussam al-Nafakh said that the festival carries a messagefor the whole world that Syria is the cradle ofcivilizations, adding that the first Olympiad inhistory was held in Amrit Stadium.

Lattakia, hoping that it will include Aleppo andDamascus next year.