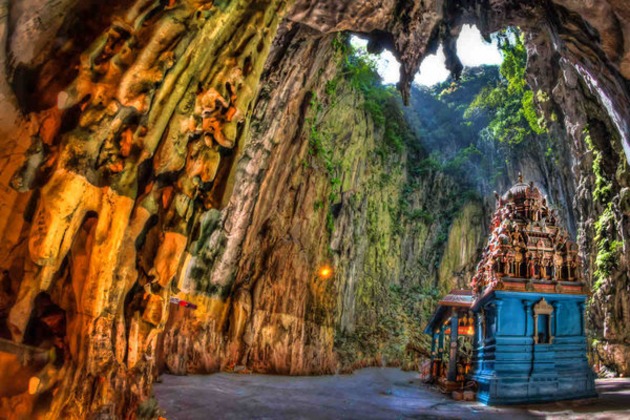 KUALA LUMPUR, Malaysia - Malaysian police have said that they have managed to successfully foil a planned terror operation and have subsequently made three arrests.

The police said that three suspected Islamic State (ISIS) militants were arrested for planning an attack on a prominent Hindu temple, Batu Caves in the capital, Kuala Lumpur. The radicals were also said to be targeting entertainment venues and police stations in the capital on the eve of the country's 59th Independence day.

According to a statement issued by Inspector-General of Police Khalid Abu Bakar, the attacks being planned in Kuala Lumpur, Selangor State and Pahang State between August 27 and August 29 were foiled by the Special Branch Counter-Terrorism Division.

Abu Bakar further stated that the three suspects were planning to use grenades and firearms that were supplied and sent via courier to them by Muhammad Wanndy Mohamed Jedi, a Malaysian national fighting with Islamic State in Syria.

Wanndy has been involved in plotting previous attacks in predominantly-Muslim Malaysia - including a grenade attack on a bar on the outskirts of Kuala Lumpur in June, which was the Islamist group's first successful assault in Malaysia.

He further elaborated, "The three suspects planned to go to Syria to join the terrorist group with the help of Muhammad Wanndy after launching the attacks."

Abu Bakar said that a 20-year-old lorry driver was the first suspect to be arrested after being detained in Selangor State on August 27 with a K75 grenade and a pistol along with 9mm bullets. Two other men arrested, were detained in Kuala Lumpur and Pahang on Monday, one being a butcher and the other a drinks seller aged 20 and 27 respectively.

Earlier this month, Malaysia identified 68 Malaysians who were said to be planning to leave the country to join ISIS and revoked their passports.