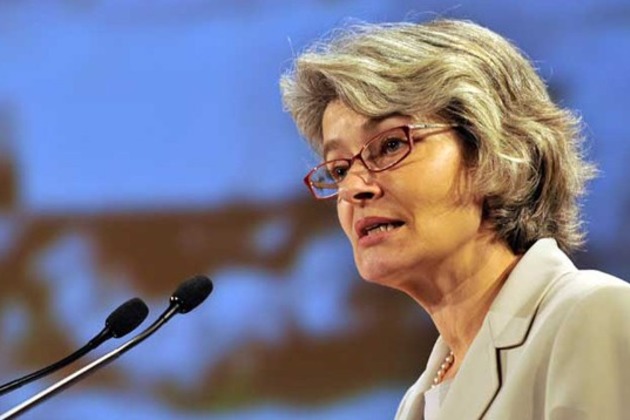 The Director-General of UNESCO, Irina Bokova, has condemned the destruction of a 9th century mosque located in Bani Matar, Sana'a Governorate. Several reports from the General Organization of Antiquities and Museums (GOAM) and the General Organization for the Preservation of Historic Cities (GOPHCY) in Yemen, notably, have confirmed the destruction of the mosque by an air strike on Thursday 25 August 2016.

"I am deeply concerned about the continuing destruction of Yemen's unique cultural heritage. This is a direct attack against the country's historical sites, and on the people's history and identity, that will affect the society over the very long term. This senseless violence must stop immediately." said Irina Bokova.

Since the beginning of the conflict, numerous heritage properties were damaged or destroyed in Yemen, including, only a month ago, the mosque of Sheikh Abdulhadi al-Sudi in Taiz. The World Heritage property of the Old City of Sana'a, also hit by explosions, was included in the List of the World Heritage in Danger in 2015.

'I reiterate in the strongest terms my appeal to all the parties to this conflict to abide by international humanitarian law and respect cultural and religious sites, which represent the soul and identity of the Yemeni population and a vital resource for resilience and hope' added Ms Bokova.

The 9th century mosque of Prophet Shuaibi was located on the top of Prophet Shu-aib Mountain, which ' with its 3600m - is the highest mountain in the Arabian Peninsula, only 17 km away from the capital, Sana'a. The mosque was a holy place for numerous pilgrims visiting the nearby tomb of the Prophet Shu-aib' and was also famous for its notable architectural elements, particularly the wooden carvings on its ceiling.