Former captive of an al-Qaida affiliated group warns, "Something very dangerous is occurring in northwestern Syria" 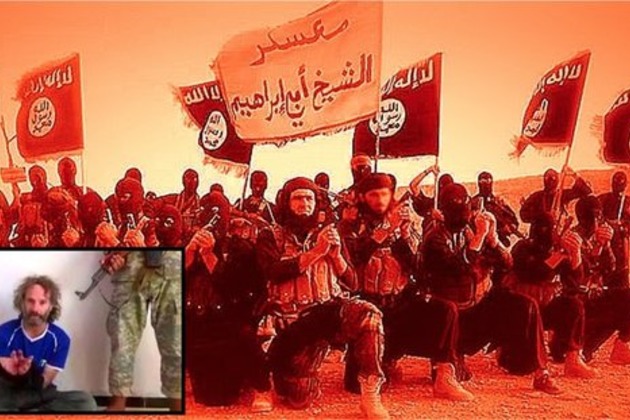 PARIS, France - As coalition forces in Syria continue to defeat the Islamic State and reclaim territories that were once strongholds of the world's most dreaded terrorist group - now claims made by a former captive have shocked the world.

In October 2012, American journalist Peter Theo Curtis – who also goes by the name Theo Padnos, sneaked into the rebel-controlled Syrian territory to write an article about an abducted journalist Austin Rice.

He was kidnapped by the al-Qaida affiliated group al-Nusra Front in Syria - a group that had announced their formation earlier the same year.

The group initially praised ISIS attacks on the West - but is now said to be pursuing its own take on Sharia law.

He was held in the war-torn region for two years, during which period, his family reportedly received several calls for a ransom from the group and after a tough period, he was finally freed in 2014 with the help of the Qatari secret service.

Theo has now issued a grave warning - one that has shocked the world - as he claims that a new, more dangerous terror group is on the rise near Europe.

According to Theo, rebels from across Syria have formed a new terror group, to replace terrorist leader Abu Bakr al-Baghdadi's outfit, described as a "second Islamic State."

Theo has claimed, "Something very dangerous and alarming is occurring in northwestern Syria, and this is the emergence of the second Islamic State there. It's right on the Turkish border."

He claimed that the Syrian government is winning the war in Syria, but the victory is coming with a cost.

"[The Syrian Army] is dispersing the rebels. The rebels have been concentrating in certain urban neighborhoods, and now they're going off into the countryside. They're occupying villages. And when the U.S. Army or the Kurds or some combination finally arrives in Raqqa [the capital of the Islamic State], all those ISIS fighters - they will have been gone for weeks. They're out of town now."

He said that a number of dangerous groups, including "hardcore Islamists", are going unnoticed in Syria - warning in an interview, "We will know it when they turn up in Paris or London with Kalashnikovs."

Recalling his two years of torture, Theo said that while he was abducted, he was able to witness a number of armed factions emerging in northwestern Syria. This, he said, led him to believe there will be rise of a "second Islamic State" near Europe and the Turkish border.

He said, "I think that the Western understanding of what is happening in Syria is inadequate. They [The West] don't know what's happening on the ground, they either don't understand the language, or they can't make sense of the videos, or their informants are, perhaps, biased,"

He even noted that the rising rebel group possesses "tonnes of weapons" and could be more dangerous than ISIS.

What, he said was even more worrisome was that, "To get to this second Islamic State from any European country, it's a couple of days on the bus. Young kids are going every day, that's what the guys on the ground in Syria are telling me: 'Oh yes, we have new French people, new English people every day.'"

Adding, "I know because I'm in touch with some of these people, and they're making videos all the time. We just haven't connected the dots."

The warnings come at a time that the coalition forces continue their offensive against ISIS and reports from the region indicate that the terror leader al-Baghdadi has admitted defeat.

Theo said, "We must develop a strategy that is more powerful than their 'fade into the hills' strategy. Otherwise, it will be whack-a-mole forever … If it sounds like I'm advocating for peace with ISIS, well I am. There's too many of them to kill."