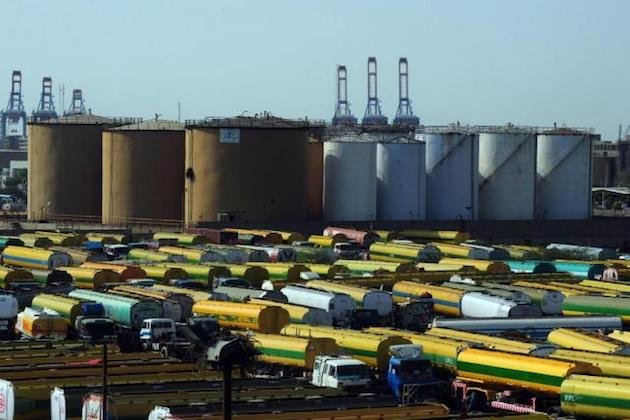 ISLAMABAD, Pakistan - Financially-challenged Pakistan has entered into an arrangement to borrow billions of dollars worth of oil, and potentially liquefied natural gas.

The Islamic Development Bank has already agreed to lend oil worth $4.5 billion to Pakistan under its Islamic Trade Finance Corporation program, officials said on the weekend.

"The agreement between Pakistan and the Islamic Development Bank under its International Islamic Trade Finance Corporation already finalized and they will lend oil worth $4.5 billion to Pakistan in 3 years," Khaqan Najeeb, advisor and spokesman for Pakistan's Ministry of Finance, told Anadolu Agency on Sunday.

"Now the agreement has been operationalized and we have received oil worth $100 million in the first phase," Najeeb said.

Pakistan says it is also in talks with the Islamic Development Bank to lend Liquefied Natural Gas (LNG) under the same program, the spokesman said.

Separately, on Friday, the Pakistan State Bank confimed the country has received $1 billion, being the third and last tranche from Saudi Arabia under its balance of payments support for Islamabad.

In October, the Saudis pledged $6 billion in a bailout package for Pakistan - $3 billion balance of payments support and another $3 billion in deferred payment on oil imports. The pledge followed a visit that month by Pakistan Prime Minister Imran Khan to Saudi Arabia, at which time the kingdom expressed interest in establishing a $10 billion oil refinery in Pakistan's southwestern strategic port city of Gwadar.

Agreements concerning the Saudi-Pak plans are likely to be inked next month when Saudi Crown Prince Mohammed Bin Salman will be in Pakistan on a proposed visit.

Irish nightlife to get shot in arm from government support

DUBLIN, Ireland - Ireland is to establish a new taskforce which will see a range of departments, agencies and groups ...