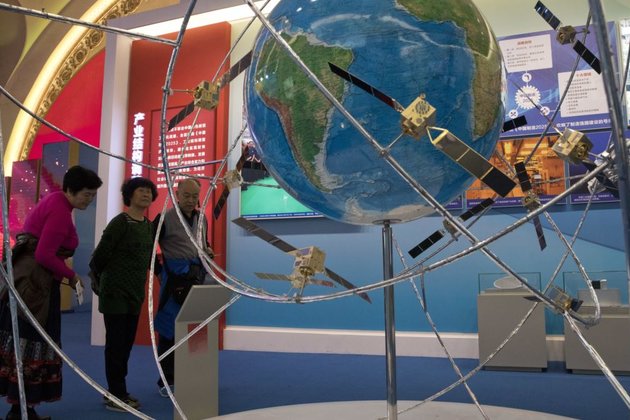 BEIJING - For the first time in recent years, Chinese Premier Li Keqiangs annual Government Work Report did not mention Made in China 2025, the countrys ambitious plan to achieve high-tech dominance, and that has analysts asking whether Beijing is going to completely overhaul the plan or keep it going quietly behind the scenes.

The plan is part of Chinas broader industrial policy outlined in the 13th Five-Year plan, which lays out government goals from 2016-2020. It raised concerns, however, because of Chinas use of forced technology transfers and specific targets to capture market share by 2025.

The plan has been a focus of discussion between U.S. and Chinese negotiators, with Washington demanding an end to subsidies given to local companies under the plan. The United States also wanted China to do away with unfair trade practices that include the forcible transfer of technology from foreign companies.

A significant portion of technologies used in China in the 10 listed sectors come from foreign sources.

But the government is now amending laws that will leave Chinese companies in a somewhat difficult situation. It is also expected to cut subsidies it gives to local companies in order to overcome objections raised by the United States during the trade war.

New laws and policy changes that the government is bringing on during the ongoing sessions of Chinas legislature, or National Peoples Congress (NPC), would seriously affect its ability to acquire foreign technology.

China will suffer in the short run but in the medium run they seem to be fine, said Lourdes Casanova, director at Cornells Emerging Markets Institute.

To a great extent, Chinese companies have used three means to acquire technology: the use of borrowed or stolen ideas, the forcible transfer of know-how from foreign partners and the purchase of foreign companies.

Acquisitions by Chinese companies have now become problematic because of growing cautiousness and recent legislation in the United States and European Union.

Some analysts believe there were design defects in the 2025 plan itself, and the government has been rethinking it for some time now.

The original 2025 plan was too nationalistic and too top down. It was wasteful, Mats Harborn, president of the European Union Chamber of Commerce in China, told VOA.

They [government leaders] thought technology should be owned by Chinese companies. There was a we can do this on our own attitude,

There is a shift or maturity in understanding. There is an understanding that China cannot do all things on its own. It has to use international value chains and integrate as much as possible, Harborn said.

New information emerging now suggests there has been a struggle within the government about the suitability of this grandiose plan.

It [the strategy] should not have been done that way anyway. I was against it from the start, I did not agree very much with it, Lou Jiwei, Chinas finance minister between 2013 and 2016, said on the sidelines of the legislative meeting in Beijing.

Other legislators told VOA the government is making adjustments in accordance with public opinion.

Putting less emphasis on Made in China 2025 reflects a more rational approach by the government, to reduce unnecessary obstacles, noises and reaction, to keep moving forward in a positive direction, said Tang Nong, a NPC delegate from Guangxi.

The government is moving forward with the 13th Five-Year plan. What is Made in China 2025, is it a plan or a broad outline? asked Sun Xianzhong, an NPC delegate and professor of international law at the Chinese Academy of Social Sciences.

Analysts believe the government may revamp and repackage the plan, but it is unlikely to soften its efforts.

The government remains committed to moving China's economy up the value chain and will continue to use a variety of active industrial policies to achieve this goal, said Duncan Innes-Ker, regional director for Asia at The Economist Intelligence Unit.

Harborn believes the government will shift from the idea of acquiring new technologies to absorbing them in the industrial value chain.

This is a wakeup call. The new focus will be on integrating the best technologies at the best price and creating the best final product or service, he said.

State owned companies in China may be better able to readjust themselves if the 2025 plan is revamped because their focus is more on revenues than on profit.

For a state-owned company, profits going down in favor of revenues or jobs, so whats the problem? They are fine, said Casanova adding, Profits are less or not of primary consideration.