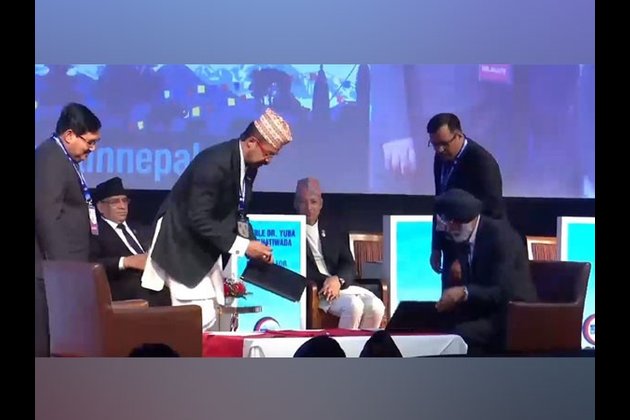 Kathmandu [Nepal], Mar 30 (ANI): Three banks, including the State Bank of India (SBI), committed over Rs 7,800 crore as a loan for Nepal's biggest hydropower project, during the two-day Nepal Investment Summit which concluded here on Saturday.

The construction of 900 megawatts Arun-III Hydroelectric Project, in Sankhuwasabha district in eastern Nepal, is being undertaken by Indian company SJVN.

The construction company SJVN has been given until June 2019 to wrap up the financial closure for the construction of the infrastructures for the project.

The foundation stone for the mega project was laid down jointly in May last year by Indian Prime Minister Narendra Modi and his Nepali counterpart KP Sharma Oli.

The estimated cost of the project, which will be completed within five years, stands at US $1.04 billion. The project will produce around 4,018.87 million units of electricity per year, once inaugurated.

The project is being developed on a build-own-operate and transfer (BOOT) basis by Satluj Jal Vidyut Nigam (SJVN) Arun 3 Power Development Company (SAPDC), a joint venture of the Government of India and the Government of Himachal Pradesh.

SJVN was established in 2013 with an aim to plan, promote, organise and execute the Arun-III power plant. SJVN signed a memorandum of understanding (MoU) for the execution of the project with the Government of Nepal in March 2008.

With the deal finalised and the construction underway, the SJVN will be running the power plant for a concession period of 30 years, following which the ownership will be transferred to the Government of Nepal. It will provide 21.9 per cent of free power to Nepal during the concession period.

According to estimates, the project will generate 3,000 jobs during the period of construction in both India and Nepal. The two-day summit was attended by foreign delegates from over 40 countries out of which 120 were from India and 265 from China. (ANI)