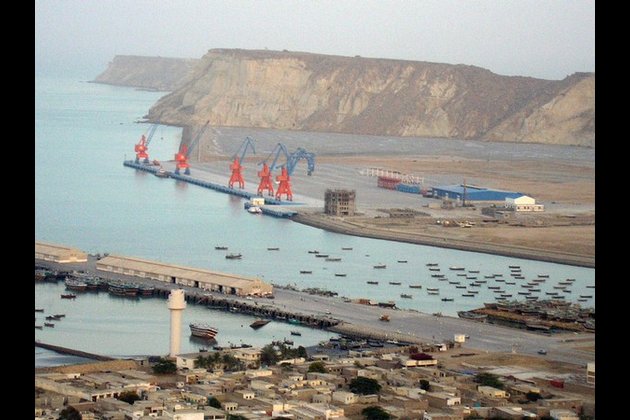 Amsterdam [Netherlands], Apr 13 (ANI): China's ambitious Belt and Road initiative (BRI) is not likely to work with Nepal due to a number of economic, infrastructural and environmental concerns, according to Amsterdam-based European Foundation for South Asian Studies (EFSAS), which has closely studied the ground situation.

In May 2017, Beijing signed a Memorandum of Understanding (MoU) on the Belt and Road Initiative with Kathmandu for the purposes of opening new connectivity routes through building roads, railways, ports and aviation, alongside further investments in communication technologies, hydropower and energy projects, finance and tourism.

At the heart of the deal lies the infrastructural endeavour of building a railway line through the rugged Himalayan Mountains, which will eventually link the Chinese-controlled region of Tibet with Kathmandu.

"On one side, the question arises whether the envisioned transit project is technically feasible considering the complex geological terrain and arduous engineering work " said a statement by the Nepalese Department of Railways, according to which around 98.5% of the railway line will be bridges and tunnels, and on the other - whether the project, which could cost up to $7-8 billion, is financially attainable in light of Beijing's legacy of building up debt in countries which go for the BRI ", said a research by the Amsterdam-based European Foundation for South Asian Studies (EFSAS).

EFSAS research analyst, Yoana Barakova said: "Since financial arrangements have not been yet officially made it still remains to be seen whether Nepal will contemplate on the faith of its South Asian neighbours like Pakistan and Sri Lanka, which have fallen prey to Chinese irredeemable debts, or will it decide to follow the same doomed path".

Options available on the Shigatse-Kathmandu railway are only through the ecologically fragile terrain. Given the distances and terrain involved, substantial funding running into billions of dollars would be required for BRI connectivity plans.

Nepal's government has acknowledged that huge resources would be needed for construction of railways and highways to establish Nepal-India-China trade connectivity. Billions of dollars would be required for China-Nepal connectivity plans specifically for the Shigatse-Kathmandu Rail Link and Nepal Government does not have these funds.

The senior European expert added: "China does not give financial grants for the BRI venture but loans at high-interest rates which Nepal cannot afford. So, in that sense, the plan is a non-starter".

Even assuming that there is a connectivity corridor in place, there is no guarantee of access to the Indian market for Chinese products through Nepal.

A contrast between free border movement between India and Nepal with the restricted movement between Nepal and Tibet shows that Nepal can never hope for the same degree of openness that it enjoys with India and that in sense the BRI remains non-viable for Kathmandu, said the European think tank.

Furthermore, China committed several development projects in Nepal including upgradation of Gautam Buddha Airport Project at Bahiragawa; Tribhuvan International Airport; Construction of Dhalkebar Substation and Chameliya Hydropower Project in Darchula, but due to delay in implementation, there are concerns that China is not living up to its commitments. (ANI)