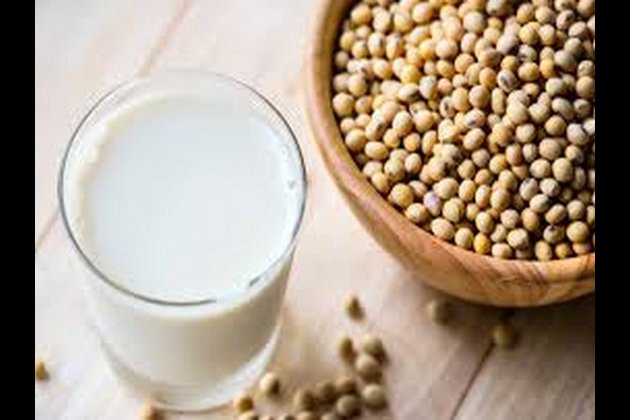 Washington D.C. [USA], July 31 (ANI): While many believe marijuana is helpful in treating a variety of health problems, its exposure actually damages cells of the heart and vascular system. But a recent study found a compound in soybeans, that blocked the damage and may have the potential of preventing cardiovascular side effects of marijuana use.

Marijuana is the most widely used illicit drug worldwide and is increasingly being made legal for recreational and medicinal purposes. However, there have been studies that link marijuana smoking to an increased risk of heart attack and stroke.

There can also be cardiovascular side effects, including changes in heart rate and blood pressure, when people take FDA-approved medications containing a synthetic version of delta-9-tetrahydrocannabinol (THC), the main compound in marijuana that gives the sensation of being high.

"These medications are prescribed to reduce nausea and vomiting induced by chemotherapy and to increase appetite in certain people with acquired immune deficiency syndrome. The goal of our studies is to investigate the mechanisms of marijuana-induced damage and discover new drugs to prevent those side effects," said Tzu-Tan "Thomas" Wei, the lead author of the study presented at the American Heart Association's Basic Cardiovascular Sciences 2019 Scientific Sessions.

The effects of THC occur after it binds to one of two cannabinoid receptors (CB1 and CB2) that are found throughout the brain and body and are also acted on by naturally occurring cannabinoids.

In the current study, the researchers used endothelial cells (like those that line blood vessels) derived from the stem cells of five healthy people. Exposing the cells to THC, they found that THC exposure-induced inflammation and oxidative stress, which are known to affect the inner linings of blood vessels and are associated with the development of heart disease.

In addition, the researchers used a laboratory technique called wire myography to examine the response of mouse arteries to THC, finding that JW-1 blocked THC's negative effects on the function of the inner lining.

"Previously, a drug that blocked CB1 was approved in Europe for the treatment of obesity, but it had to be withdrawn because of severe psychiatric side effects. In contrast, as an antioxidant, JW-1 may have neuroprotective effects. Discovering a new way to protect blood vessels without psychiatric side effects would be clinically important with the rapid growth of cannabis use worldwide," Wei said.

The researchers are currently extending their research by testing cells derived from regular marijuana users and those who smoke both cigarettes and marijuana. In addition, they are looking at the impact of THC along with the other main component of marijuana, cannabidiol.

"Meanwhile, if you have heart disease, talk to your doctor before you use marijuana or one of the synthetic THC-containing medications. Marijuana may cause more severe effects on the cardiovascular system in those with pre-existing heart disease," Wei concluded. (ANI)