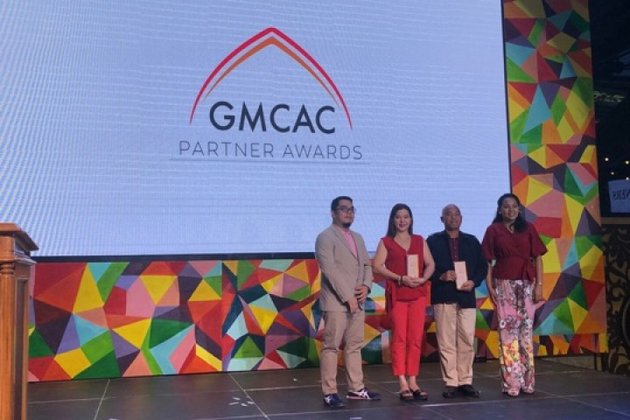 CEBU, Nov. 6 (PIA) -- As part of its 5th anniversary celebration, GMR Megawide Cebu Airport Corp. (GMCAC) honored its partners who have been instrumental in the success of the Mactan-Cebu International Airport (MCIA).

GMCAC, the private sector operator of the Philippines' first ever resort airport, held its first Partner Awards at JPark Island Resort and Waterpark in Lapu-Lapu City, Cebu on Nov. 4, 2019.

Attended by GMCAC's partners from various sectors, the awards ceremony recognized the valuable contributions of its partners throughout the years as its growth and transformation have been evident in the airport's developments.

This year's awards honored partners in the airline, commercial, finance, government, and media sectors who have helped them in their various activities and development projects.

Philippine Information Agency (PIA) Region 7 was one of the awardees during the event due PIA's assistance to the company and the airport on media coverage of government-related events.

Testament to its fast-paced growth, MCIA recently closed the third quarter of this year with a total of 9.5 million passengers served.

Its goal is to reach at least 12.8 million passengers by the end of the year.

The continuous development of the airport in Mactan has led to an offering of over 23 international destinations from only having seven in 2014.

As of this writing, the airport has a total of 26 partner carriers, from a total of only 11 in the past.

The management envisions the airport to be the "friendliest resort airport" as it strives to provide facilities and services that reflect the warm, friendly, and colorful resort experience that Cebu and Mactan Island are internationally known for.

The Mactan Cebu International Airport was recently awarded as 16th Best Airport in Asia according to sleepinginairports.net. (smb/PIA7 with PR from GMCAC)