Ex-rebels' surrendered firearms to be demilitarized 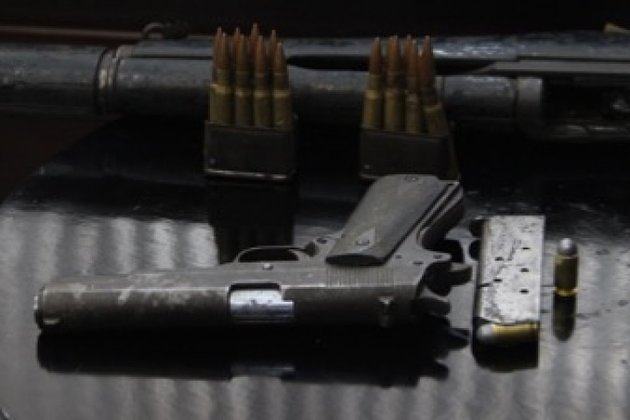 CAGAYAN DE ORO CITY, Nov. 27 --Turned-in firearms, explosives, and ammunition of the former rebels in Northern Mindanao are to be demilitarized on Thursday, November 28.

This is according to Department of the Interior and Local Government (DILG) 10 Regional Director Arnel M. Agabe as DILG-administered package assistance worth Php2,862,000.00 will also be given to ex-rebels via the Enhanced Comprehensive Local Integration Program (ECLIP) during the activity.

E-CLIP provides a complete package of assistance to former rebels who were members of the Communist Party of the Philippines (CPP), New People's Army (NPA), and National Democratic Front (NDF), as well as their family members who have surrendered to the government to abandon armed struggle.

"It is not every day that rebels who choose to go back to the folds of law will be given such an opportunity to redirect their lives through the assistance given to them. Hence, our rebels should know that 'now' is the perfect time to surrender to the government," Agabe said.

A total of 105 former rebels are expected to be granted the financial assistance packages composed of immediate, reintegration and livelihood assistance, and firearm remuneration, depending on the benefits they are entitled to.

"We have dubbed this activity as 'Kalinaw sa Amihanang Mindanaw' because this is an avenue for us to showcase the government's efforts in seriously working towards peace and progress not only in Region 10 but also in the whole island of Mindanao," Agabe added.

The Regional Director reiterated that the activity, conducted by the Regional Inter-Agency Task Force on ECLIP (RIATFE), is in support of the operationalization of Executive Order 70, known as the "Whole-of-Nation Approach" in ending local communist and armed conflict.

"Region 10 is actively gearing up to finally end the insurgency problem the soonest and the essence of the said directive is for everyone to work as one," Agabe said.

The said activity will also showcase the services provided by the RIATFE member-agencies and advocate in attaining inclusive and sustainable peace in ending local communist armed conflict in Northern Mindanao. (Rezza Mae B. Tolinero/DILG-10)