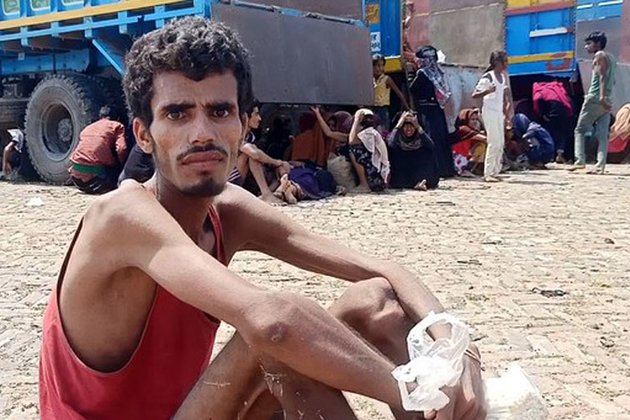 Fishing boats carrying hundreds of Rohingya refugees were spotted off southeastern Bangladesh and sailing toward its coast, a local border-police commander said Wednesday, as Amnesty International called on the South Asian nation to take them in.

Fishermen told Bangladesh Border Guard (BGB) and coast guard authorities that they saw two trawlers filled with Rohingya south of Teknaf, a sub-district of Cox's Bazar, which sits on Bangladesh's border with Myanmar.

"Trawlers carrying Rohingya are coming toward Bangladesh. Patrols at the border and along the coast have been stepped up after receiving the reports," Lt. Col. Mohammad Faisal Hassan Khan, commander of the BGB's Teknaf-2 Battalion, told BenarNews. "Locals have been asked to be vigilant so no new Rohingya can enter."

Earlier in the day, global rights watchdog Amnesty International urged Bangladesh to allow the approximately 500 Rohingya on the boats to come ashore. In a statement, AI said the two trawlers were turned away from Malaysia over concerns about the coronavirus.

"In contrast to the cruel indifference demonstrated by other governments, who have actively pushed away boats, Bangladesh has maintained its positive record of giving sanctuary to people who have lost their homes and suffered horrific crimes," said Biraj Patnaik, the group's South Asia director.

"We hope that Bangladesh will continue to welcome Rohingya refugees in these difficult times. The international community has an obligation to help the Bangladeshi authorities in this task, including in supporting efforts to set up quarantine centers and provide refugees the immediate medical assistance they require to recover from the journey and to protect them against the spread of the COVID-19 virus," he added.

Despite the reports from fishermen, the commander in charge of Teknaf's coast guard station said no trawlers had been located.

"Some people have said that they can see it near Shahpari Island," Lt. Cmdr. M. Sohel Rana told BenarNews, referring to an island on the southern tip of Teknaf.

Bangladesh Refugee Relief and Repatriation Commissioner Mahbub Alam Talukder also said he did not know about the trawlers.

"My role is to ensure humanitarian assistance if anyone comes to Bangladesh or to our refugee camps. In the end, if anyone gets here, we will take care of them," he told BenarNews, an RFA-affiliated online news service.

Asif Munir, an immigration and refugee affairs analyst, blamed an international human trafficking group for the plight of the refugees.

"Not being able to identify or eradicate them is not a failure of any single country, it is a failure of the international policing forces, including Interpol," he told BenarNews. "Human trafficking is a multinational problem that requires combined and long-term action."

The report about the sighting of the boats came a week after Bangladesh authorities on April 15 rescued nearly 400 Rohingya, who told horror stories of being at sea on a fishing trawler for almost two months and being refused entry to Malaysia.

"They were starving. They were floating for 58 days and over the last seven days [the boat] was moving in our territorial waters," Sohel Rana, the coast guard commander, told BenarNews at the time.

Survivors said dozens died and their bodies were thrown into the sea after the Namaz-e-Janaza [Muslim funeral prayer] was said.

The next day, the Royal Malaysian Air Force announced it had stopped an attempt by another trawler carrying about 200 Rohingya to enter the country. It said air force spotters notified the navy, which sent ships to escort the trawler from Malaysian waters but not before delivering food on a "humanitarian basis."

Previously, Malaysian officials said they arrested 202 Rohingya on April 5 after their boat was found adrift near the northern island of Langkawi, according to media reports. The refugees were turned over to the immigration department.

MMEA officials at that time said the Rohingya were to be handed over to the state immigration department because they were found within Malaysian waters and without valid documents. They also said they were showing leniency on the principle of humanity.

AI said nations should not use the COVID-19 pandemic as a pretext for governments to abandon their efforts toward refugees.

"All countries in the region have a responsibility to ensure the seas do not become graveyards for people seeking safety. Bangladesh cannot be left to address this situation alone," AI's Patnaik said. "The fact that it is upholding its own obligations is not an excuse for others to abandon theirs."