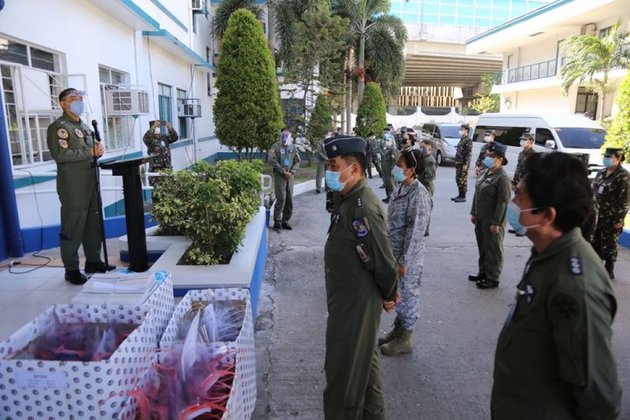 The "Talk to Men" activity to the PAF personnel who were deployed in support to the government's effort to combat COVID-19 serves to inspect and ascertain the overall readiness, security and safety of deployed PAF personnel, as well as to boost their morale and welfare.

Paredes highlighted the need for personnel to maintain a healthy mental and physical well-being especially during crisis in order to provide effective public service.

Immediately after the visit, Paredes proceeded to the PAF Gymnasium in Villamor Air Base, Pasay City for another "Talk to Men" activity with the standby Air Task Group personnel who are ready for deployment.

A ceremonial giving of relief packs were also conducted where it was received by tenant Unit Commanders inside CJVAB. Social distancing and wearing of masks were enforced during the activity. (PAF/PIA-NCR)