Uyghurs not seen as 'normal' by Chinese govt, says activist 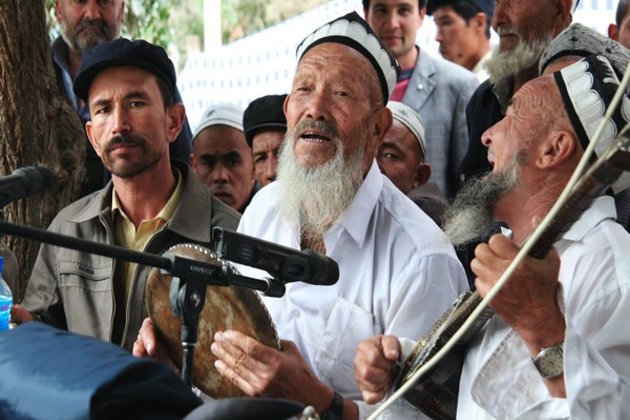 Washington [US], August 19 (ANI): An Uyghur activist, who is based in the United States, has termed the persecution of the community in China's Xinjiang as a "genocide" and said the ethnic community is not seen as "normal" by Beijing.

In an interview with The Jerusalem Post, the activist, Nury Turkel, a leader of the Uyghur community in the United States and a newly appointed member of the US Commission on International Religious Freedom, said that the Uyghurs were witnessing the worst humanitarian crises in the world since the Holocaust.

"This is one of the worst humanitarian crises in the world. The State Department rightly said this is the largest incarceration of any ethnic minority since the Holocaust," said Turkel, a Washington-based attorney, who first arrived in the US in 1995 to attend a graduate school.

According to Turkel, Uyghurs are generally not seen as "normal" by Beijing and are selected to undergo "transformation", the new term being used instead of "reeducation", in order to give up their culture and traditions and fully adopt the Chinese Communist ideology.

He made the remarks after reports surfaced that a public washroom was constructed on the site of a demolished mosque in Atush of Xinjiang province, a local official said.

The construction of the lavatory on the former site of Tokul mosque in Atush's Suntagh village is part of a campaign, observers say, aimed at hurting the sentiments of the Uyghur Muslims, Radio Free Asia (RFA) reported.

Turkel, who describes himself as an American by choice, was granted political asylum two years later.

Speaking about the persecution against the Uyghurs by the Chinese government, the activist stated that the "purposeful prevention of population growth" is one of the legal definitions of genocide.

"It is a genocide. I have not been home for more than 25 years," remarked Turkel, who was born in one of the infamous 'reeducation camps' in 1970 during the height of the Chinese Communist Cultural Revolution.

"In the last year, Uyghur population growth dropped by 24 per cent and in the previous three years by 84 per cent," the activist said.

Turkel asserted that Beijing is "deliberately preventing population growth" by placing half a million Uyghur children in state orphanages, forcing women to be sterilised and forcing them to marry men of another race, The Jerusalem Post reported.

The Chinese government has a zero tolerance for people who appear and behave in a different manner, he said. The Uyghurs are Muslims, speak a Turkic language. Some of the men grow beards and women wear veils.

Beijing has stepped its ethnic cleansing programme of its own citizens by utilising a surveillance technology called the 'Integrated Joint Operations Platform', which is mostly deployed for a detailed database on Uyghurs.

Slamming Islamic countries, including Pakistan and Turkey for their duplicity by ignoring the fate of Muslims in China, Turkel was quoted as saying, "It is very disappointing that most of the Muslim countries not only did not take a position or publicly speak out. They have been praising the Chinese government."He also did not mince words and hit out at Germany, France and the United Kingdom for their lack of action.

"They lived through Nazi Germany, Hitler's Europe and fascism. They know how this ends. We have seen this movie before," the activist remarked.

However, Turkel was encouraged by the recent actions taken by the US pertaining to the human rights abuses in Xinjiang. Washington has imposed sanctions on Chinese government officials involved in this regard.

The activist called on the US to boycott the Winter Olympics in Beijing in 2022 if there is no significant change in China's stance and policy regarding Uyghurs.

"If the international community stays quiet, the Chinese government will succeed in destroying these proud people. If 'Never Again' means anything to anyone, they should speak up," he said. (ANI)