Chinese actions against Uyghurs must be recognised as 'genocide' 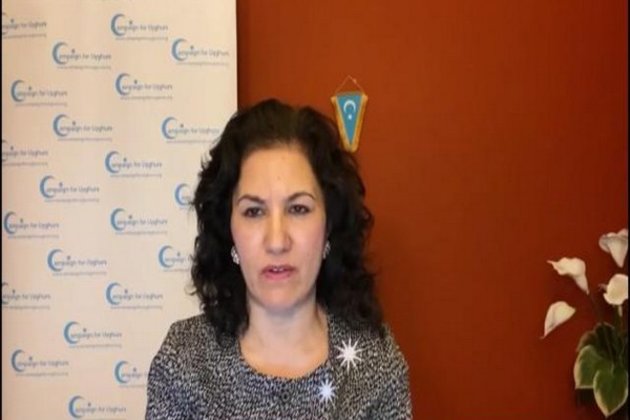 Speaking to Turkish media upon her arrival here, Abbas, the president of Uyghur Movement, said the concentration camps where millions of Uyghur Muslims have been detained are "forced labour factories", where "slavery continues even in the 21st century".

Replying to a question by Independent Turkish in Istanbul, Abbas stated that they expect the international public to take greater steps against China and said, "It is necessary to prevent the introduction of goods produced by the forced labour of Uyghurs into foreign markets through international laws."Abbas said that they demanded the Beijing administration's practices against the Uyghurs to be recognised as genocide, Haberimim reported.

"According to the Convention on the Prevention and Punishment of the Crime of Genocide, adopted by the United Nations in 1948, what happened in East Turkestan is a genocide. There are five articles to describe a situation as genocide. they all are taking place in East Turkistan."The activist revealed how her family members were abducted after she started campaigning for the Uyghurs and raising awareness about the ongoing genocide against the ethnic minorities.

On September 5, 2018, Abbas participated in a panel discussion named: "China's 'War on Terrorism' and the Xinjiang Emergency". She talked about the fate of her in-laws and conditions of China's camps. Six days later, Rushan's sister and aunt were detained by the Chinese government as retaliation for her speech at Hudson Institute.

Stating that the reason her family was taken to the camps was a speech she made at a think-tank in the USA, Abbas said, "I explained what was done against the Uyghurs in this speech with the evidence. Only six days later, arrest operations were launched against our family. I have been living in America since 1989.""As an American, I used my right to speak under the US law. If there is a liability, I am responsible, but my family is being punished. Last year my aunt was released, but I still do not know where my sister is. I cannot find any traces."Citing the findings of the Uyghur Congress that more than three million Uyghur Turks are in concentration camps, Abbas stated that one to four persons of every Uyghur's family are either living outside of China or were taken to the camps. (ANI)