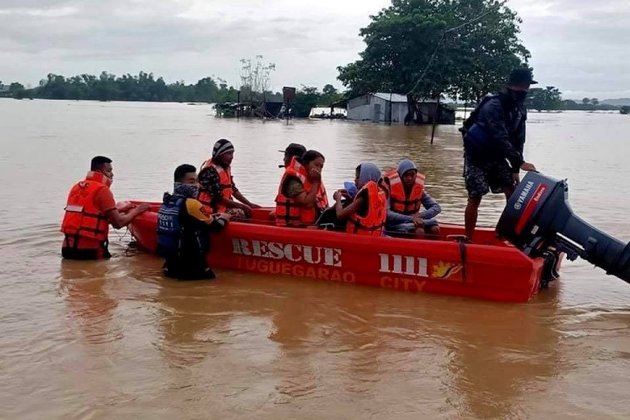 QUEZON CITY, Nov. 30 ( PIA) - The Department of the Interior and Local Government (DILG) attributed the low casualties from three consecutive typhoons that hit the country to Operation "Oplan" Listo which is part of the government's disaster response mechanism.

Operation Listo is an advocacy program of the DILG, which aims to strengthen disaster preparedness of LGUs using the whole-of-government approach. Its first component called Listong Pamahalaang Lokal was launched in 2014, which institutionalized local protocols for disaster preparedness, response, and monitoring.

During the recent Dagyaw Virtual Townhall Meeting, Malaya said the DILG got a good record on disaster preparedness because of Operation Listo, which is being implemented for a long time.

Malaya described the Operation Listo as the critical disaster preparedness protocols for LGUs, where area classification warning Alpha, Bravo, and Charlie are based on the signal and typhoon track given by the Philippine Atmospheric, Geophysical and Astronomical Services Administration (PAGASA), as the basis for quick response and preparedness in case of coming typhoon.

As indicated in Operation Listo Manual, typhoons are being monitored using the Department Central Office Disaster Information Coordinating Center (CODIX). A few days before the typhoon makes landfall, the LGUs are being alerted through the issuance of a Memorandum to activate their online reporting and monitoring system.

Local officials are tasked to inform and recommend to the Regional Field Office the activation of local Disaster Risk Reduction Management Council (DRRMC). They are also advised to establish a critical preparedness plan based on Operation Listo and Listo sa Tag-ulan at COVID-19, where PNP and the BFP personnel are on alert to help.

Despite the government's disaster mitigating efforts, Malaya emphasized the need to build back better and construct facilities that will better survive typhoons and other calamities. (MBP/PIA-IDPD)