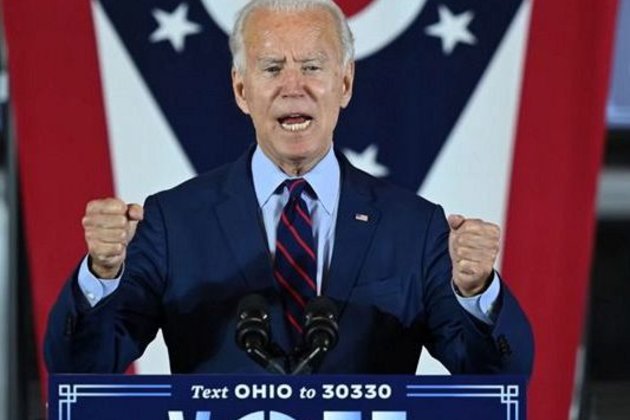 If there is one thing Biden and Trump have in common, it is their unwavering support for the war machine that is U.S. foreign policy, writes Jesse Ward.

AS AMERICA lets out a sigh of relief under the dizzying illusion its democracy has once again prevailed - with decency and order returning under a Biden Administration - the rest of the world awaits to see just how this U.S. President intends to return the "soul of the nation" and extend those values to the rest of the world.

The atmosphere around Biden's inauguration feels ever so reminiscent of 2008, when Americans were yearning for decency to be reinstalled following years of war in Afghanistan and Iraq led by George W. Bush - who infamously "lied" the country into two invasions, resulting in the death of over a million civilians.

From Pol Pot to ISIS: Saving Iraq by bombing everything that moves

As Barack Obama ignites his seventh war against the Muslim world since being awarded the Nobel Peace Prize, John Pilger says he is almost nostalgic for Henry Kissinger.

While hope and dreams for a better nation were the foundations of Barack Obama's presidential campaign, what followed his inauguration was an expansion of bombings to new countries including Syria, Libya, Yemen, Somali and Pakistan under his signature drone program - contradicting his campaign promise to end the wars in Afghanistan and Iraq. It is no wonder his presidential campaign won advertising awards.

Fast forward to 2021 and we have ourselves another president whose rhetoric is wrapped in notions of returning decency and values to a broken nation. The broken nation in which Americans believe continued to expand the wrath of its military-industrial complex under President Trump, with record numbers of bombs dropped in Afghanistan and more secrecy surrounding the number of civilians killed.

America is indeed a broken nation, but moral corruption began many decades before Trump.

"It's past time to end the Forever Wars, which have cost us untold blood and treasure," claimed Biden, as he campaigned in 2019 for the Democratic nomination for president. A reassuring gesture that quickly evaporates once you look at the individuals he has chosen to fill key positions to lead the nation's foreign policy.

Hailed by mainstream media as being the most diverse cabinet of all time - with half being people of colour - we're seeing a return of some unsavoury figures from the Obama era.

For Secretary of State, Biden has chosen Antony Blinken, who served as Deputy Secretary of State under Obama and was a hard-line advocate for the war in Libya. Despite Biden campaigning to end the war in Yemen, Blinken - under Obama - sped up shipments of weapons to Saudi Arabia to wage its war in Yemen and was Biden's closest foreign policy adviser when Biden championed and voted for the Iraq war.

Don't bet on Biden to help our relations with China

Continuing the trend of Obama foreign policy alumni, Jake Sullivan has been chosen as National Security Adviser. He served as a top adviser to war hawk Hilary Clinton when she was Secretary of State. Hilary's disastrous hawkishness was a key element that made her unelectable in 2016 and Sullivan was her right-hand man throughout her tenure.

Avril Haines, former Central Intelligence Agency (CIA) Deputy Director under Obama and a key architect of the drone programs' legal framework, has been tapped for Director of National Intelligence. Haines also played a key role in covering up the U.S. torture program by failing to discipline the CIA agents who illegally hacked the computers of the U.S. Senate Select Committee on Intelligence to destroy evidence of the detention and interrogation program.

According to former CIA whistleblower, John Kiriakou, Haines would later not only shield these individuals from accountability but awarded them Career Intelligence Medals.

Then we have former general Lloyd Austin, Biden's choice for Secretary of Defense. Despite Democrats voicing fierce rejection in 2016 toward Trump breaking U.S. law - stipulating that no recent military official can hold this civilian post - when he appointed retired general ("Mad Dog") James Mattis, Biden has shown his own fluid attitude toward such laws by elevating Austin to the role.

Following his time with the army, Austin immediately joined the board of military contractor Raytheon Technologies - a company in which he now has roughly US$500,000 (AU$654,332) of stock holdings. Recently, Austin announced that he will recuse himself from any decisions involving his current employer while in office. He might also have to relinquish any stock holdings he has in Raytheon if Biden is to follow the ethical guidelines laid out by Obama.

A People's Inquiry: Australia must reconsider its relationship with the U.S.

It is time to re-evaluate the U.S.-Australian alliance in light of challenges such as international security and climate change, says Kellie Tranter.

Despite this recusal, there is an undeniable revolving door between the weapons manufacturing industry and those that hold key foreign policy positions, which poses serious questions about the ethos these offices hold in the way they approach U.S. foreign policy.

Antony Blinken and Austin Lloyd's ties to this revolving door deepen even further as they are both listed as being on the team at Pine Island Acquisition Corp - a special purpose acquisition company that describes itself as 'well-suited to take advantage of the current and future opportunities present in the aerospace, defence and government services industries,' according to its U.S. Securities and Exchange Commission (SEC) filing.

This incestuous relationship between the private sector and those that are appointed to public office under consecutive administrations shows a clear pattern of cross-collaboration that leans itself much closer to war hawkish behaviour than peaceful negotiation.

Biden campaigned on ending the war in Yemen, but with figures like Antony Blinken and Lloyd Austin entering the fold, it is reasonable to assume this war is far from over.

Offering a slight glimmer of hope, the U.S. State Department recently announced it was pausing and reviewing the weapons sales agreement with the UAE, pushed under the Trump administration.

The move was somewhat downplayed by Blinken immediately after, who reinforced it as routine:

Given the Secretary of State's history of pushing Obama to speed up weapons sales towards the war in Yemen, this move is unlikely to remain in place.

If there is one thing Biden and Trump have in common, it is their unwavering support for the war machine that is U.S foreign policy.

Any faith in Biden returning a sense of decency to the way America conducts itself abroad can be categorized as political amnesia when you simply study history. For now, we wait and see just how Biden intends to return the "soul of the nation" to America.

Jesse Ward is a communications professional who has a particular interest in media, international relations and politics. You can follow Jesse on Twitter @jlw93.