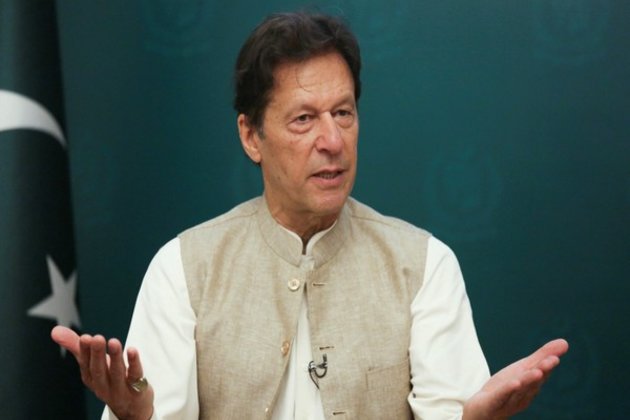 Imaan Zainab Mazari Hazir, writing in Friday Times of Naya Daur said that instead of understanding how religion has been misused and exploited by clerics and right-wing fanatics, the prime minister wishes to continue emboldening them, giving them more legitimacy and authority to further indoctrinate our children, now through the proposed 'Rehmat-lil-Alameen Authority'.

Rehmatulil Alameen Authority is tasked with several functions - convey the 'true' message and 'face' of Islam to the world, to organise research (including on 'Muslim heroes') in universities, to monitor curriculum being taught at schools to ensure it is in line with Islamic teachings, and to be 'vigilant' of content being shared via the media so as to ensure the 'real face' of Islam is portrayed domestically as well.

In a country that is predominantly Muslim, the proposed establishment of this Authority seems to serve no real purpose, other than further empowering the clergy to intrude in matters of personal faith, said Hazir.

As per Naya Daur, this is 'Islamisation' 2.0. Imran Khan's version of Riyasat-e-Madina is the old wine in new bottle resembling General Zia ul Haq's gameplan of consolidating power and increasing control over the citizenry under the banner of religion.

When General Zia took over, he promised to 'bring back Islamic values'. When and where along the way this majority Muslim country lost its 'Islamic values' was never explained but the 'Islamisation' program, which attempted to erase women from public spaces, crush dissent (including from students) and weaponise the blasphemy laws, was launched, reported Naya Daur.

Moreover, Imran Khan in order to deflect from his inability to understand deep-seated issues of intolerance and bigotry has even before he was the prime minister, relied on 'religion' to justify a culture of violence and discrimination against women.

The Pakistan Tehreek-e-Insaf (PTI) coalition government in Khyber Pakhtunkhwa placated the Council of Islamic Ideology, as the latter termed the domestic violence bill 'un-Islamic'. After a lapse of over four years since the bill was tabled, the much-diluted instrument was only recently passed, reported Naya Daur.

In a similar fashion, in September this year, after his party attempted to refer the federal domestic violence bill to the CII, the prime minister issued guarantees to the clergy that no law repugnant to 'Islamic teachings' would be enacted during his tenure.

"Does the prime minister genuinely believe beating, controlling and exploiting women is part of our culture and religion?" asked Hazir.

While he claims he wishes to portray a 'positive' image of Islam, by endorsing the right wing's narrative, he continuously does the exact opposite, stressed Hazir.

It appears that Imran Khan is more interested in deluding the population, misusing religion, rather than addressing the root causes of violence and intolerance.

The religious clergy he wishes to empower is, in large part, responsible for perpetuating the hatred and bigotry that has engulfed our society, said Hazir. (ANI)