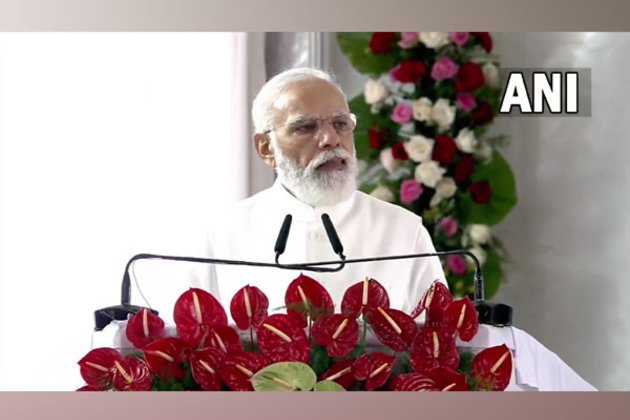 Kushinagar (Uttar Pradesh) [India], October 20 (ANI): Prime Minister Narendra Modi on Wednesday said Kushinagar International Airport was the result of decades of hopes and expectations and as an elected representative from Purvanchal, it was time for fulfilment of commitment to people.

Addressing people after inaugurating the Kushinagar International Airport, the Prime Minister said, "Kushinagar International Airport is the result of decades of hopes and expectations. My happiness is two-fold today. Curious about the spiritual journey, I have a sense of satisfaction. As a representative from Purvanchal, it is time for the fulfilment of a commitment."Kushinagar Airport is located in the vicinity of several Buddhist Cultural Sites like Sravasti, Kapilvastu, Lumbini (Kushinagar itself is a Buddhist cultural site). Kushinagar is located in the north-eastern part of Uttar Pradesh about 50 km east of Gorakhpur and is one of the important Buddhist pilgrimage sites.

The Prime also highlighted the development of Kushinagar is in the priorities of the Uttar Pradesh government and the central government.

"In order to develop the places associated with Lord Buddha, for better connectivity, special attention is being given by the country today on the creation of facilities for the devotees. The development of Kushinagar is in the priorities of the UP government and the Central government," he said.

The Kushinagar International Airport has been built at an estimated cost of Rs. 260 crore. It will facilitate domestic and international pilgrims to visit the Mahaparinirvana sthal of Lord Buddha and is an endeavour in connecting the Buddhist pilgrimage holy sites around the world. The airport will serve nearby districts of Uttar Pradesh and Bihar and is an important step in boosting the investment and employment opportunities in the region. (ANI)