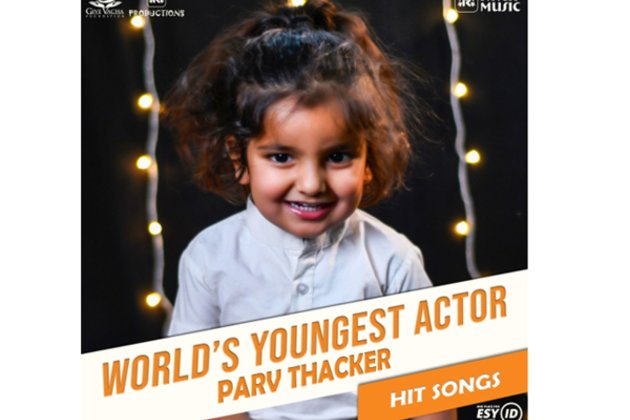 The album is writtencomposed by singer-songwriter Dr Krupesh Thacker. It is produced by Dr Pooja Thacker, Give Vacha FoundationEsy ID, and the production is done by Krup Productions. The album was released under the banner of Krup Music Record Label.

Apart from this album, the young four-year-old singer has also given his voice in his sister's album 'Devotional Hits of Vacha Thacker' which is again a collection of 12 chartbuster songs composed by Dr Krupesh. Parv started acting in music videos at the age of 9 months with the song 'Mangal Bhavan - Ram Dhun' which was an instant hit and has millions of views. Since then he has acted in 12 music videos and has given voice to more than 20 songs. Many of his songs went viral on social media platforms. Hungama Music has also featured him as the rising star on their platform.

Talking about the journey of Parv, his mentorfather Dr Krupesh Thacker says, "I, for the first time, discovered Parv's amazing talent when he accompanied Vacha to all of her recording and video shoot sessions. He began acting at the age of nine months and joined Vacha as a co-signer when he was just two years old. I helped him develop his skills by providing him with adequate instruction and including him in a few of my best original songs and compositions. Later, my songs became viral, and Parv's performances were well-received."Both of these young musical prodigies have legitimate artistic accounts on the majority of music streaming services across the worldhave their own verified YouTube artist channels. For the Give Vacha Foundation NGO, ParvVacha sungacted in the majority of the songs with social themes to help organizations raise awareness of their local and global humanitarian programs.

They are India's representatives in international NGO activities. ParvVacha did not charge any money for any of the tracks on these two albums. As the Gift Of Time Ambassadors, they dedicated their acting and singing talents to the Give Vacha Foundation. These two great album CDs should not be overlooked on this children's day.

This story is provided by ThePRTree. ANI will not be responsible in any way for the content of this article. (ANI/ThePRTree)