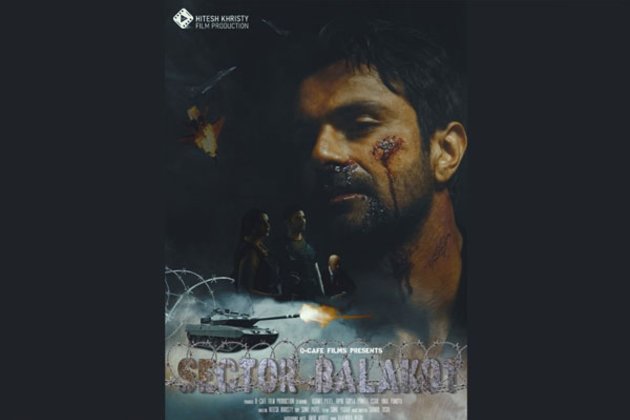 Vadodara (Gujarat) [India], November 22 (ANI/PNN): Hitesh Khristy, an NRI filmmaker and director from Vadodara, has produced his debut film, 'Sector Balakot,' based on the Balakot airstrike, with Bollywood actors.

The film starring Vipul Gupta, Ashmit Patel, Puneet Issar, and Jinal Pandya is set to be released in December 2021.

Talking about his debut film, Hitesh Khristy told TBT, "I came to India from Malaysia in March-2020 on a business trip, but could not return due to the coronavirus infused lockdown. Being a creative mind, I was interested in filmmaking and started a film production house named Q Cafe Movies. I decided to make a film on patriotism, and this is how the film' Sector Balakot' came into being."Sector Balakot is based on a Pakistani terrorist. During his interrogation, many unrevealed facts come out. The viewers will get to know where and how the roots of Terrorism originated. The film is shot at Lakshmi Studio in Vadodara, Pavagadh and its adjoining forests, Devgarh Baria, Dangs forest, as well as Dalhousie and Mumbai. The 1 hour 20 minutes film will be released in the theatres in December-2021.

"The film's shooting started after the second wave of the pandemic, and that about 150 people got employment. The film's objective is to convey the message on the economics of Terrorism and how the war has become a business. The film is shot in the beautiful and unexplored locations of Gujarat," says Hitesh, alumni of the faculty of social work at Maharaja Sayajirao University (MSU), who is involved in the business of reinsurance, insurance, and human resources. "So far, the world has spent about 13 trillion dollars in the works related to the development, and that 17 trillion dollars have been spent on waging war and purchasing equipment.

Hitesh Khristy is currently operating his business in Malaysia, Papua New Guinea, and India and has visited more than 60 countries. CEO Insights Magazine recently nominated him as one of India's top 10 business leaders in Malaysia.

This story is provided by PNN. ANI will not be responsible in any way for the content of this article. (ANI/PNN)