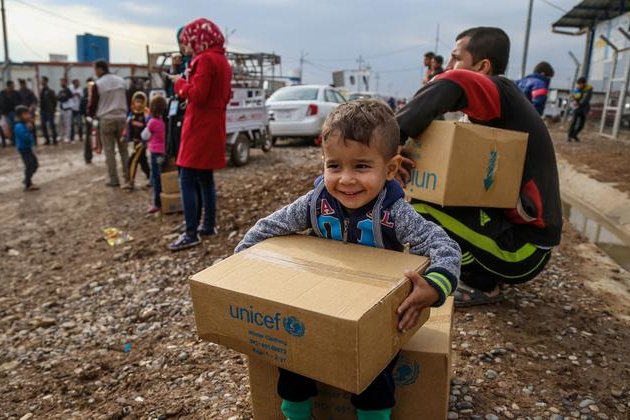 Syrian families living in refugee camps in Iraq are facing new and alarming levels of food insecurity, according to figures released by the World Food Programme (WFP) and UN refugee agency, UNHCR, on Tuesday.

Money is running out to help families with basic day to day items, while amidst harsh economic conditions, refugees from the decade long conflict across Syria are often "drowning" in debt, they have no way or repaying, according to a news release from the UN agencies.

Iraq hosts nearly 260,000 Syrian refugees, the vast majority of whom are based in the Kurdistan Region. This includes 95,745 people who live in camps - 72,000 of whom receive life-saving food and cash assistance from WFP, while UNHCR provides a range of services, including, among others, legal support, registration services, cash assistance, and education support.

Crisis in the camps

86 percent of refugees based in the camps, remain food insecure or vulnerable to food insecurity following a string of socio-economic shocks, said the agencies.

The impacts of the COVID-19 pandemic on employment in 2020 and the consequent devaluation of the Iraqi dinar are still being felt while price rises caused by the war in Ukraine continue to reduce people's access to basic food.

Families' dependence on irregular and unpredictable cash jobs in the informal economy is a key aggravator of food insecurity.

When opportunities to earn dry up, they are pushed into negative coping strategies, such as buying food on credit, reducing expenditure on basic needs, selling assets, child labour, and having children drop out of school so they can help bring in some money.

"These are serious indicators that highlight the urgent need for supporting vulnerable Syrian refugees who are adversely affected by the current economic difficulties in Iraq", said Ally Raza Qureshi, WFP Representative for Iraq, and Jean-Nicolas Beuze, UNHCR's Representative there.

"WFP and UNHCR have supported Syrian refugees since the onset of the crisis and continue to do so, yet the rising food prices and reduced purchasing power of people's income places them at greater risk of being food insecure."

They said with 86 percent of people in camps particularly vulnerable to food insecurity, "without the requisite funds tens of thousands of people will suffer ever more severe levels of food insecurity."

They expressed the gratitude of WFP and UNHCR to all donors "for their continued and steadfast support...and would request for their assistance to help ensure that in these trying times, no one shall go hungry."