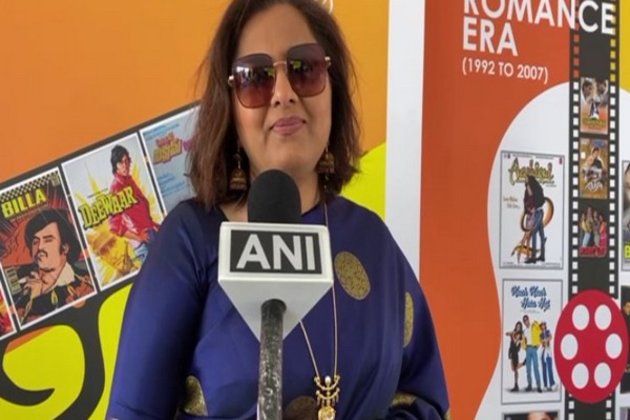 Cannes [France], May 18 (ANI): At the 75th Cannes Film Festival, which commenced today, Central Board of Film Certification's board member Vani Tripathi said that "it's an absolutely ecstatic year to be at Cannes".

Talking to ANI about India's 75th year of Independence Vani said, "Well it's an absolutely ecstatic year to be at Cannes, it's the 75th year of Cannes and what could be a better celebration for India's 75th year of its Independence than to be the honour country at the Marche du Film."She then spoke about the opportunity that has been given to some filmmakers and said, "We have a showcase of six brand new independent very young filmmakers who will be benefiting from the market screenings which will be happening here at Cannes.""Also, I think there will be a lot of talk about the co-production market. Today we have treaties with 15 countries all across the globe and most of those film commissions will be here at Cannes speaking with us," added Vani.

At the 2022 Cannes Film Festival, under the 'Country of hounour' title 5 new Start-Ups from India will be given an opportunity to pitch to the Audio-Visual Industry. Ten professionals will participate in Animation Day.

Last year, this government had taken a novel initiative under the aegis of 'Azadi Ka Amrit Mahotsav' to encourage and recognise young creative minds and budding talents in the country. For the first time ever, 75 creative minds representing gen-next cinema were picked to attend the 52nd International Film Festival of India in Goa. (ANI)