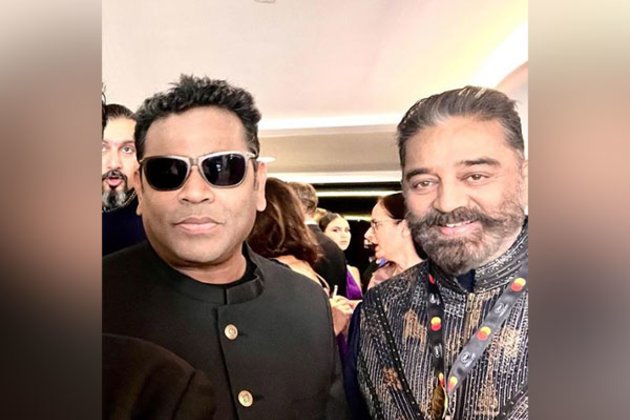 Rahman took to his Instagram handle and posted the picture in which he and Kamal could be seen standing beside each other. While the musical maestro wore a black bandhgala suit with sunglasses, Kamal too wore a similar suit but with white highlights on it.

Excited to be at Cannes Film Festival, Rahman had told ANI," It's is a great honour to be here. I also have my first directorial film which is premiering at Cannes XR. We all are excited."At the 2022 Cannes Film Festival Rahman's directorial debut 'Le Musk' will have a world premiere in Cannes XR, Marche Du Films. It is a 36-minute VR film that stars Nora Arnezeder and Guy Burnet in pivotal roles. (ANI)