HONG KONG, June 16, 2022 /PRNewswire/ --  Owing to the overwhelming global support, the world-esteemed developer CapitaLand is launching Zenity, the rare riverside project situated in District 1 CBD with Asia Bankers Club, Golden Emperor and Ashton Hawks, offering all of their exclusive foreign quotas in their launching event that will be held on 25th - 26th June, with prices starting from HKD$3.5m. 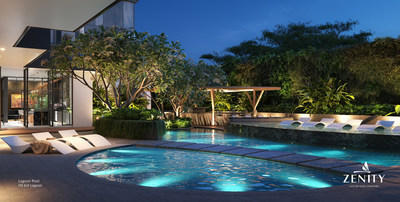 In the last couple of years during the pandemic, many international corporates have moved their manufacturing bases to Vietnam in an attempt to diversify their risks, the Foreign Direct Investment (FDI) of Vietnam has increased exponentially, recording an impressive USD$10.8 billion net FDI amount in just the first four months of 2022, which is equivalent to an 88.3% year-on-year growth. Within Vietnam, the processing and manufacturing industry has gained the crown with the largest amount of investment summing up to USD$6.2 billion, which translates to 57.2% of the grand total of FDI received. The second place goes to the real estate industry, with USD$2.8 billion invested which is 26.1% of the total investment.

Multinational giants like Apple, Samsung, LG and Microsoft have been continuously expanding their manufacturing bases in Vietnam that have led to the rise of the middle-class population, while Vietnam has also become the city with the highest growth in the number of UHNWI. In 2021, there are 1,234 people with a net worth of USD$30 million or more, and there are 72,135 with assets accumulating to over a hundred million USD, it is estimated that the number of UHNWI is increasing at an annual rate of 26%, meaning that there will be a millionaire in every 850 people in Vietnam in just 4 years.

Mr Ronald Tay, the spokesman of CapitaLand Development (Vietnam), comments, "The next 5-year Plan of HCMC has an average growth target of 8% in Gross Regional Product (GRDP) from 2020 to 2025, with a projected per capita income of USD$8,500 to USD$9,000 per year in 2025. The increase in the middle-class population has led to an increase in the demand for high-quality residential properties. This is evident in how all the units in D1MENSION, a subsidiary of the group, were sold out within a short period of time after the sale. Among the units sold, Asia Bankers Club, Golden Emperor and Ashton Hawks have sold a lot of units in Hong Kong. In addition, the group held a priority preview of Zenity in Ho Chi Minh City earlier, attracting more than 400 interested buyers to participate. It is expected that the property will be sold out again quickly after the official launch."

Mr Kingston Lai, the CEO of Asia Bankers Club, Golden Emperor and Ashton Hawks, adds," In recent years, the supply of new housing in HCMC has been lacking, and some areas have even experienced a shortage of land. Last year, a piece of land in Thu Thiem, a new development area in District 2, attracted fierce competition at auction and was finally sold at a sky-high price of US$100,000 per square meter. In the past, only District 1 would have recorded a land price of more than USD$100,000 per square metre. It shows that the high land price is spreading across the other districts while the prices in District 1 are foreseen to see new heights."

Zenity, developed by the listed developer CapitaLand, is located in the riverside area of District 1, Ho Chi Minh City. It is instantly accessible to many major landmarks in HCMC. It is a 5-minute walk to Nguyen Hue Walking Street, Ben Thanh Market, Saigon Centre and Main Shopping Areas. It is also a 10-minute drive away from the new business district Thu Thiem and a 15-minute drive away from District 7, a Korean residential community with many international schools. Mr Frederick Ho, Director & Partner of Ashton Hawks comments, "Zenity is located in District 1, which is rarely available in HCMC, it is also a fully furnished completed project with abundant residential amenities such as fitness room, barbecue area, poolside bar, co-working space and party room etc. There are some very flexible payment schemes available in which Investors can buy-to-let now or buy first and pay later which altogether makes the project even more attractive. The project offers 198 units, ranging from 742 square feet to 1,969 square feet, with 2-bedroom, 3-bedroom, duplex, and top-floor penthouse units, with an estimated average rental yield of 5% p.a.*. Owing to the foreign quota, only 59 units are available, all of which are exclusively launched in Hong Kong, and overseas residents are entitled to a 50-year extended leasehold with prices starting from HKD$3.5m."

*Rental yield is projected and not guaranteed

CapitaLand Group (CapitaLand) is one of Asia's largest diversified real estate groups.  Headquartered in Singapore, CapitaLand's portfolio spans across diversified real estate classes which include integrated developments, retail, office, lodging, residential, business parks, industrial, logistics and data centres. With a presence across more than 260 cities in over 40 countries, the Group focuses on Singapore and China as its core markets, while it continues to expand in markets such as India, Vietnam, Australia, Europe and the USA.

The Asia Bankers Club is a private investment club for banking and finance professionals in Asia. With a vast member base, the Asia Bankers Club organises events for its members and provides physical assets options for investments, such as properties, fine wines, art, timepieces, and collectables. Our members are from top tier investment, private and consumer banks, asset management companies, private equity firms, hedge funds, and sovereign wealth funds primarily located in key financial centres.

Golden Emperor Properties Limited is a Hong Kong-based company that offers international properties to clients in Hong Kong and globally. The company works with property developers from Thailand, Vietnam, Japan, Malaysia, the United Kingdom, the USA, Australia, Europe, and many others. The company has a team of dedicated sales agents that can provide consultancy and information on relevant transaction-related topics such as taxation, sales & purchase procedures, payment schedules, and many others.

Ashton Hawks was established by a group of renowned investment gurus and private collectors who laid the very foundation of the discerning Ashton Hawks, balancing luxury leisure lifestyle and investment. Our headquarter office is located in Hong Kong, with overseas branches in Bangkok and Vietnam. Ashton Hawks' real estate portfolio is as diverse in style as it is in mega-estate location across the globe, and caters to luxury lifestyles of all kinds. Ashton Hawks takes pride in being a boutique yet original real estate consultant in the luxury market segment for the ultra-affluent. 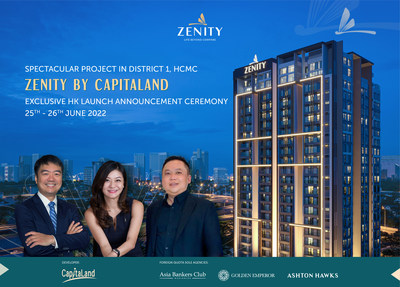 JAKARTA, Indonesia: Indonesian President Joko Widodo has said that he will urge his Russian and Ukrainian counterparts to open peace ... 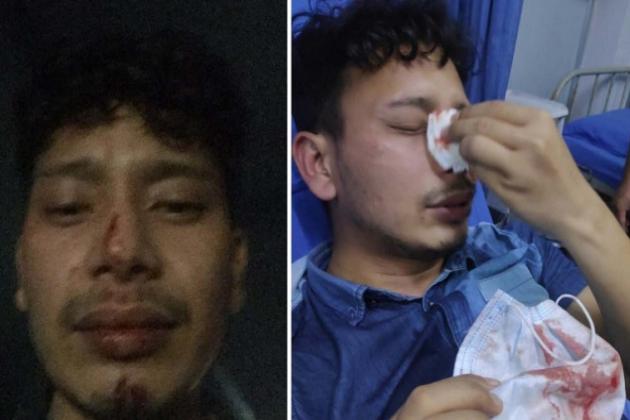 KATHMANDU, Nepal - A cop beat up a doctor on Sunday around 8:30 p.m., allegedly because the doctor was "walking ...

GENEVA, Switzerland: Swiss pharmaceutical group Novartis has said, as part of its previously announced restructuring program, that it could cut ...

SYDNEY, NSW, Australia - Stocks in Asia skidded lower Friday with all the major indices recording solid losses."Capitulation is the ...

High pressure fracking again being used by US oil companies

WASHINGTON, D.C.: Amidst the rise of "re-fracs" in the U.S. as part of the efforts to boost domestic oil production, ...