Trailblazing Andrea Wilson To Be Inducted Into The Kentucky Bourbon Hall of Fame.

LOUISVILLE, Ky., Aug. 19, 2022 /PRNewswire/ -- Michter's is proud to announce that its Master of Maturation Andrea Wilson will be inducted into The Kentucky Bourbon Hall of Fame. In 2009, Andrea "broke the glass ceiling" when she became the first woman to ever Chair the Kentucky Distillers' Association. Established in 2001, The Kentucky Bourbon Hall of Fame recognizes individuals and organizations who have had a transformative impact on the Bourbon industry. 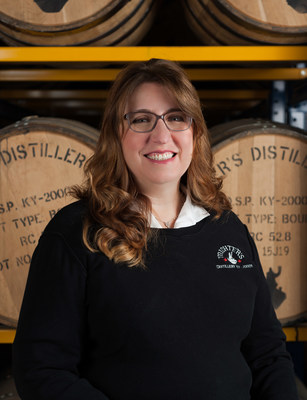 "Andrea is enormously talented, and she is a terrific leader. She has contributed tremendously to both the growth of Michter's Distillery and to the growth of the entire Kentucky Bourbon industry as well," stated Michter's President Joseph J. Magliocco. "There is no one more deserving of this high honor." Wilson added, "I am humbled to be recognized by The Kentucky Distillers' Association for my impact on our industry. I am enormously grateful to have been given the opportunity to play a role in fostering the growth of Kentucky Bourbon and the American Whiskey Category. It is an honor to be included among the six outstanding individuals who will be inducted next month."

Prior to her tenure at Michter's, Andrea had a distinguished career at Diageo, where she rose to the position of Director of Distillation and Maturation, North America. Upon joining Michter's in 2014, Andrea embarked on a series of roles at the company. Having done work essential to the growth at Michter's Shively Distillery, Andrea took on key roles in establishing Michter's Fort Nelson Distillery and the company's Farm and Operations in Springfield. Currently Andrea does outstanding work as Michter's Master of Maturation and Chief Operating Officer. Incidentally, we are unaware of any Master of Maturation in Kentucky prior to Andrea being named one.

Since 2005, Andrea has served as either a board member or an alternate board member of the Kentucky Distillers' Association. Different organizations have called upon Andrea to help them, and she has been recognized for her service. Andrea worked as a member of the Frazier Museum Task Force for the development of the new Kentucky Bourbon Trail Welcome Center and the Spirit of Kentucky Exhibition. In 2004 Andrea was nominated for The Business and Professional Women Young Careerist Award. The KET documentary Kentucky Bourbon Tales: Distilling the Family Business highlighted Andrea, and in 2018 the Bourbon Women Association honored her with its Lois Mateus Networking Award.

40,000 Chinese workers to be deported as Manila ends online gaming

MANILA, Philippines: The justice ministry in Manila said it will close 175 Chinese-owned "Philippine offshore gambling operators" and deport some ...

"Many Asian countries, especially Malaysia and Indonesia, show great interest in our defense industry products. Agreements are being signed," Turkish ...