BEIJING, Sept. 9, 2022 /PRNewswire/ -- A conference on the development of emerging industry was held on Wednesday in Kunshan, celebrating the 30th anniversary of the economic and technological development zone (ETDZ) and witnessing a series of projects inked, commenced and completed. 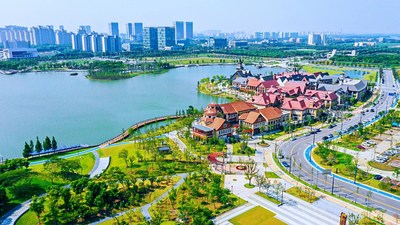 Thirty-three projects with total investment of over 50 billion yuan (about 7.18 billion U.S. dollars) were signed in the city of Kunshan in east China's Jiangsu Province, covering areas of digital economy, smart manufacturing and new energy. Meanwhile, a total of 45 projects were officially commenced and 46 projects were completed, according to the event organizer.

In addition, two new platforms, including Beijing Stock Exchange Kunshan base and Kunshan small and medium-sized enterprises incubation center, were unveiled during the event.

Kunshan is a pioneer in China's opening-up drive. Approved as a state-level economic and technological development zone by the country's State Council in 1992, Kunshan has attracted foreign investment of over 43 billion U.S. dollars from 51 countries and regions, funneling in more than 2,700 projects. There are 52 Global Fortune 500 enterprises setting up factories in Kunshan.

The achievements were made thanks to Kunshan's efforts in optimizing business environment. It has rolled out new policies for four consecutive years to improve business climate.