The first extinguishing system of its kind to be awarded the VdS seal.

AHRENSBURG, Germany, Nov. 17, 2022 /PRNewswire/ -- The JOB Group, based in Northern Germany, has received the VdS seal of approval from the insurance industry for its system, after the independent testing laboratories of VdS Schadenverhtung GmbH confirmed its reliability and effectiveness. It is the first system of its kind to be awarded the VdS seal. The AMFE system is already protecting control cabinets around the world. This mini fire extinguisher, when installed directly in electrical equipment, detects, reports, and extinguishes incipient fires before they can spread. 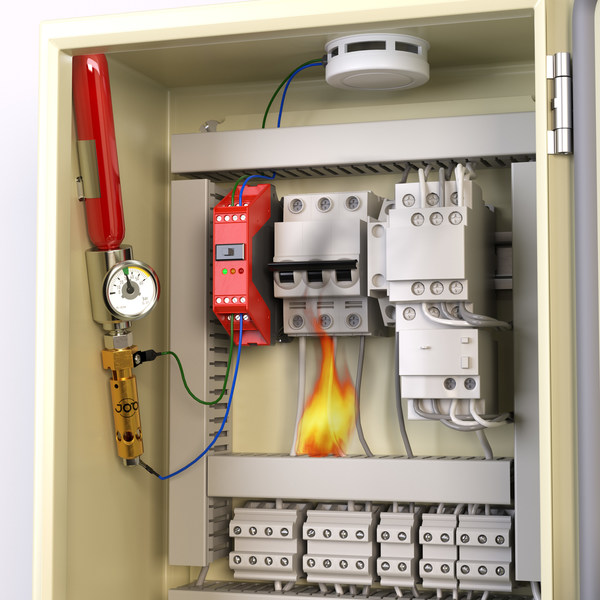 Dr. Robert Reinermann, Managing Director of VdS Schadenverhtung GmbH: "Defective electrical equipment is one of the most common causes of fire in Germany. Device-integrated fire protection and the AMFE system fight this danger early and directly at the point of origin. After extensive testing, we are pleased to be able to grant VdS recognition to the S- & R-AMFE system."

Rajko Eichhorn, Senior Product Manager of the AMFE portfolio explains: "We are very pleased with the recognition by VdS. This is an important milestone especially for operators of electrical installations and control cabinets. The VdS certificate proves the effective extinguishing efficiency and reliability of the device-integrated mini fire extinguisher. For operators of electrical installations, this is a real added value. With AMFE, they can not only protect their company from expensive business interruptions, but also often benefit from reduced insurance premiums. This is because fire protection solutions with VdS certification have been proven to reduce the risk of fire and are therefore regularly recommended by insurance companies."

About VdS
VdS is a subsidiary of the German Insurance Association and is known for comprehensive technical and practical testing procedures for the certification of fire protection and extinguishing technology.

About Mini Fire Extinguisher AMFE
AMFE stands for Automatic Miniature Fire Extinguisher. The modular system detects, reports, and extinguishes an incipient fire directly in the electrical device, thus preventing greater damage. The mini fire extinguishers are already in use in many sensitive areas, such as media technology at Frankfurt Airport, control cabinets in the production facility at power tool manufacturer Festool, household appliance manufacturer Liebherr, tour operator FTI Group, and the OeTTINGER brewery, one of the largest breweries in Germany.

Fire hazard
Every 23 seconds, a fire department in the United States responds to a fire somewhere in the nation. According to the damage research institute IFS in Kiel, one in every three fires are caused by electricity. Many fires start inside electrical equipment, which not infrequently lead to costly business interruptions in industrial companies. According to the Allianz Risk Barometer 2022, after cyberattacks, business interruption is the second biggest business risk for companies. Based on various statistical data, it can be estimated that 40% of companies that have experienced a major fire event are insolvent after the first year, and after three to five years the figure is around 70%.

About the JOB Group
The JOB Group, headquartered in Ahrensburg near Hamburg, Germany is, among other things, the global market leader in the research, development, and production of heat-sensitive Thermo Bulbs (glass ampoules) for the sprinkler industry. For more than 50 years, more than 165 employees have been working on continuous innovation and the implementation of new technologies. The name of the company goes back to the JOB enterprise founded by Eduard Job in 1971.

Italy to raise billions with windfall tax on energy companies

ROME, Italy: A draft of the government's 2023 budget seen by Reuters indicates that Italy plans to charge energy companies ...

LONDON, England: In a world aviation first, British company Rolls-Royce has announced that it has successfully tested a hydrogen-powered aircraft ...

SAN Francisco, California: As he struggles with a mass exodus of advertisers and users switching to other platforms, Twitter Chief ...