Tight election race points to a hung parliament in Malaysia 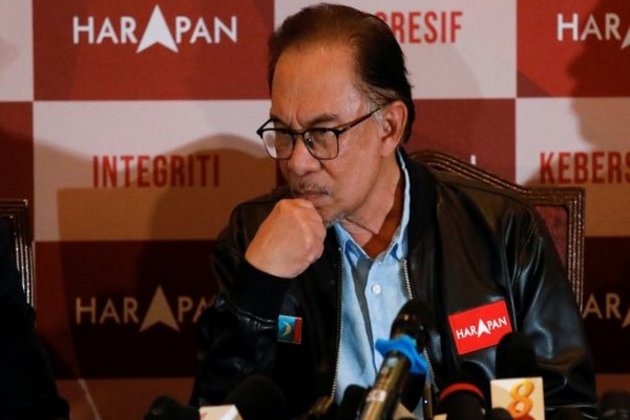 Anwar's Pakatan Harapan (PH or Alliance of Hope) coalition secured 82 seats in the 222-member parliament while former Prime Minister Muhyiddin Yassin's Malay-based Perikatan Nasional, or National Alliance, trailed behind with 73 seats, results from the Election Commission showed on Sunday. One seat was unannounced as of 5 am local time (21:00 GMT). Elections were not held on two seats.

A record number of Malaysians voted to end a recent spate of political uncertainty resulting in Malaysia's veteran leader Mahathir Mohamad dealing with his first election defeat in 53 years.

Mahathir came in fourth in a five-way fight in his long-held constituency on the holiday resort island of Langkawi, the election commission said.

The corruption-tainted Barisan Nasional coalition, which ruled Malaysia since its independence from Britain until 2018, could still return to power depending on post-election alliances.

Meanwhile, Anwar and Muhyiddin claimed their coalitions had enough support to form the government, though they did not disclose which parties they had allied with.

Without a clear winner, political uncertainty could persist as Malaysia faces slowing economic growth and rising inflation. It has had three prime ministers in as many years, reported Al Jazeera.

Muhyiddin's new National Alliance, which includes a Malay-centric conservative party and an Islamist party that has touted Islamic law, made substantial gains.

Race and religion are divisive issues in Malaysia, where the Muslim ethnic-Malay population make up the majority and ethnic Chinese and Indians the minorities.

Muhyiddin's Perikatan Nasional was a junior partner in Ismail's coalition government. If the result is close, the two could come together again to block Anwar, reported Al Jazeera.

Anwar said he would submit a letter to Malaysia's King Al-Sultan Abdullah detailing his support. If he clinches the top job, it would cap a remarkable journey for a politician who, in 25 years, has gone from heir apparent to the premiership to a prisoner convicted of sodomy to the country's leading opposition figure. (ANI)

ACCRA, Ghana: Ghana's Vice-President, Mahamudu Bawumia, said on Facebook this week that due to dwindling foreign currency reserves, the country's ...

LOPS ANGELES, California: To deter shoplifters and thieves during the post-COVID-19-pandemic rush of holiday shoppers this year, many U.S. retailers, ...

WASHINGTON D.C.: Republican leader in the U.S. House of Representatives Kevin McCarthy said that he would form a select committee ...

US issues new rules for flying taxis, could begin operating in 2025

The Trial of the Chicago 7

Trial of the Chicago 7