Approximately 5% of Americans suffer from Major Depressive Disorder (MDD),[1] which is commonly associated with "foggy thinking" but a new clinical trial raises hope that once-a-day oral drug Xanamem may assist where treatment by anti-depressant medication alone is inadequate

SYDNEY, Dec. 14, 2022 /PRNewswire/ -- Actinogen Medical Limited (ASX: ACW) is pleased to announce that the first patient has been randomized and treated in the XanaCIDD Phase 2 depression clinical trial that will measure the effects of Xanamem on safety, cognitive performance and depression in patients who are inadequately treated by their anti-depressant medication and have both depressive symptoms and cognitive impairment.

"We are very pleased to announce the formal start of our trial in patients with MDD and cognitive impairment who are inadequately treated by their current anti-depressant medication.  There is a strong scientific rationale for reducing brain cortisol levels to improve symptoms in depression.  Xanamem has already been proven to enhance cognition in three independent clinical trials with safety demonstrated in more than 300 patients and volunteers to date.

"Xanamem has the potential to be an effective low-dose daily oral therapy for the treatment of depression, Alzheimer's Disease and many other neurological conditions where it may be used alone or in combination with other treatments."

The XanaCIDD Phase 2 Depression trial is a six-week proof-of-concept, placebo-controlled, parallel group design trial in approximately 160 patients with persistent MDD and cognitive impairment despite a standard course of anti-depressant therapy.  Xanamem 10 mg daily or placebo will be added to the existing anti-depressant therapy and effects on cognition, using the Cogstate Cognitive Test Battery, and depression, using the Montgomery Asberg Depression Rating Scale, will be assessed.

Actinogen Medical (ACW) is an ASX-listed, biotechnology company developing a novel therapy for neurological and neuropsychiatric diseases associated with dysregulated brain cortisol. There is a strong association between cortisol and detrimental changes in the brain, affecting cognitive function, harm to brain cells and long-term cognitive health.

Actinogen is currently developing its lead compound, Xanamem, as a promising new therapy for Alzheimer's Disease and Depression and hopes to study Fragile X Syndrome and other neurological and psychiatric diseases in the future. Reducing cortisol inside brain cells could have a positive impact in these and many other diseases. The cognitive dysfunction, behavioural abnormalities, and neuropsychological burden associated with these conditions is debilitating for patients, and there is a substantial unmet medical need for new and improved treatments.

Xanamem's novel mechanism of action is to block the production of cortisol inside cells through the inhibition of the 11-HSD1 enzyme in the brain. Xanamem is designed to get into the brain after it is absorbed in the intestines upon swallowing its capsule.

Chronically elevated cortisol is associated with cognitive decline in Alzheimer's Disease, and Xanamem has shown the ability to enhance cognition in healthy, older volunteers. Cognitive impairment is also a feature in Depression and many other diseases. Cortisol itself is also associated with depressive symptoms and when targeted via other mechanisms has shown some promise in prior clinical trials.

The Company has studied 11-HSD1 inhibition by Xanamem in more than 300 volunteers and patients, so far finding a statistically significant improvement in working memory and attention, compared with placebo, in healthy, older volunteers in two consecutive trials and clinically significant improvements in patients with biomarker-positive mild AD. Previously, high levels of target engagement in the brain with doses as low as 5 mg daily have been demonstrated in a human PET imaging study. A series of Phase 2 studies in multiple diseases is being conducted to further confirm and characterize Xanamem's therapeutic potential.

Xanamem is an investigational product and is not approved for use outside of a clinical trial by the FDA or by any global regulatory authority. Xanamem is a trademark of Actinogen Medical.

Pakistan: At least 41 people killed after passenger coach falls into ravine in Balochistan 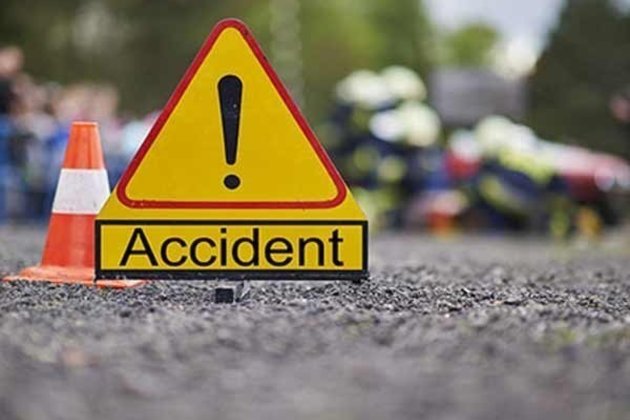 Islamabad [Pakistan], January 29 (ANI): At least 41 people were killed after a passenger coach fell into a ravine in ...