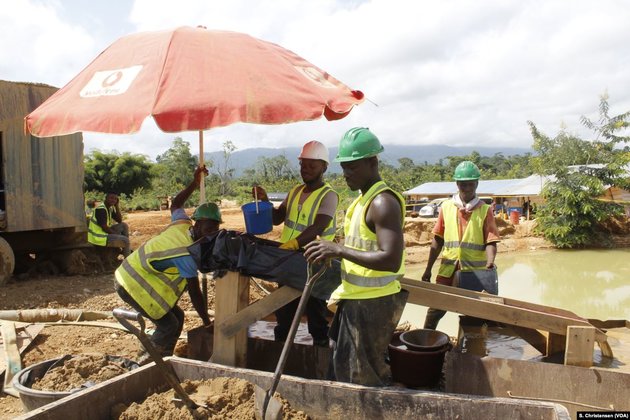 EASTERN REGION, GHANA - Only the chirping of birds and insects break the silence at a gold mining site in the Eastern Region of Ghana, right at the foot of the Atewa forest reserve.

Caterpillar excavators stand still, as the two Ghanaian companies operating them wait for a new mining permit a process that has been in the works for months.

But a fresh pile of sludge spilt over a patch of vegetation suggests the mine is being operated illegally.

Felix Addo-Okyreh, who works for Ghana's Environmental Protection Agency (EPA), says the sludge - referred to as slime' in mining jargon - is dirty waste water created when gold is separated from sediment, sometimes with the help mercury. It is stored in dams on the site.

'It rained heavily last week. The embankment of the dam was weak. It got broken, and this is the result,' he says.

The toxic slime landed a few meters away from a stream that flows into the Birim, a river supplying water to millions of people in the capital Accra.

Ghana cracked down on illegal small-scale gold mining in 2017, after the national water company warned that the chemicals discharged by what is locally known as galamsey could force the country to import all its drinking water within the next two decades.

That year the government set up a military task force to dismantle illegal mining sites and imposed a 20-month ban on all small-scale mining to give nature a breather. Satellite imagery and digital technologies are being used to better monitor mining activity.

Yet Global Forest Watch data released last month shows the rate of deforestation in Ghana increased by 60 percent in 2018, faster than in any other part of the world. The country lost 1.13 percent its primary forest last year, in part due to gold mined illegally and often siphoned away by Chinese buyers.

Daniel Kwamena Ewur, an officer for conservation group A Rocha, said the ban pushed more small-scale miners to work within the protected Atewa forest, operating at night when security officials are off duty.

Local authorities and NGOs have started training illegal miners to learn alternative livelihood skills such as soup-making and farming bees. But critics doubt these activities are economically viable.

Chinery believes the anti-galamsey campaign has been more about politics than impact. 'We don't have enough data about who is actually involved in galamsey,' she added.

Around 1.1 million Ghanaians were estimated to work in small-scale mining before the ban, which was lifted in December, accounting for around 30 percent of the country's annual mineral production.

EPA's head of mining Michael Ali says the government is now going to great lengths to 'sanitize' the gold industry by formalizing galamsey sites, being stricter with paperwork and cracking down on the use of mercury.

'The mission is to reduce it to the barest minimum,' said Ali. 'We cannot eliminate it completely, unless the citizens themselves police it.'

The EPA has reclaimed ten acres of illegally mined land around the Atewa forest, near the southeastern town of Kyebi. Trees were planted to encourage residents to take initiative and help meet an ambitious reclamation target of more than 7,000 square kilometers of land by 2022.

In the nearby town of Sagymase, 65-year old cocoa farmer Janet Achampong does not know what to do about the gaping pit left on land she leased to illegal miners five years ago. She cannot afford to fill the hole herself and reconvert it to farmland.

The government has acknowledged money is short and says it is seeking support from the international community. In Sagymase, Norwegian donors are funding the reclamation of six acres of galamsey land over the next four years.

A Rocha's Ewur is facilitating the project, but is wary of planting trees and food crops in soil that has been mixed with chemicals.

'There is some quantity of mercury in the belly of this land,' said Ewur. 'I would not eat the mangoes that grow here.' 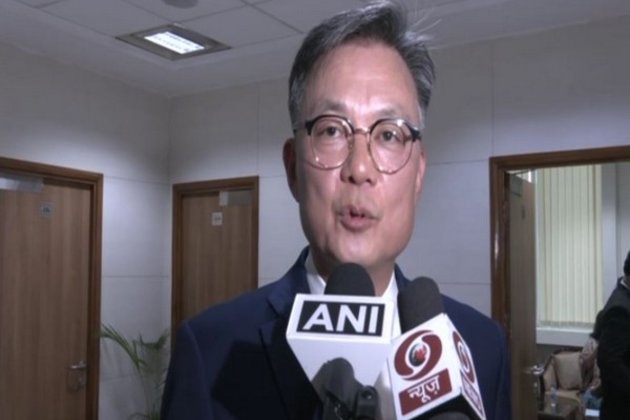 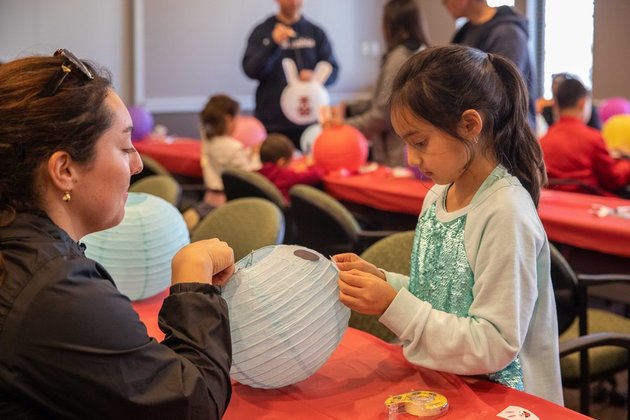